HOW BIG DO YOU WANT TO MAKE YOUR BUSINESS?

“As big as I can make it!” is not an answer. One needs to understand the potential answers in order to address the question. I once had the privilege of sitting down with Ruthann Quindlen, author of Venture Capitalist. I had a big idea and I wanted to share it with her to get her advice and see if she was interested in helping. It remains one of the most fascinating 45 minutes of my life. She taught me more in that short time than I had learned to date. I was 30.

I had an idea to create a software solution for Apache web servers that turned out to be on several people’s agenda. I use a package today called CPANEL that is as close to the idea as I could define at the time. I did have visions of it being something like WordPress, and I actually ended up developing the idea into something I called Synergy, but with Ruthann’s perspective, I was able to approach the market with a very clear notion of what I wasn’t doing. I wasn’t creating a large business. Here’s a quick summation of what I learned.

Ruthann had helped some companies go public: AOL, Electronic Arts, Netflix, you name it. Her and her husband were big players, and so it made it extremely easy to sit and listen and not question her statements. She taught me two categories of business: lifestyle businesses, and big businesses. I was approaching her with an idea that had it hit its maximum apex of it would have merely enhanced my personal lifestyle and made very little money for anyone investing, for the returns would have been small, and the growth potential even smaller. How many people would actually buy an Apache control panel package? Not many. Even if I could convince them to pay a fee for the service, it still would have been small change. What it would have done is grant me personally an income that would allow me to buy a nice house, a nice car, put my kids through Harvard, but little else for anyone else.

In comes the definition of a Big Business. A big business is something with wings. A business model that can earn billions year over year, and have a growth curve equally rewarding. Companies such as AOL offered a unique service in the late 80s and hopped on the internet bandwagon throughout the 90s. They were able to purchase Time Warner, a company over a hundred years old with their perceived value. That’s a big business.

If you’ve ever attempted to raise money for a company or a budding idea, you will quickly learn that raising money for a small company is more difficult than raising money for a huge company or concept. To the laymen, the problem is confusing. Why can’t they give you money? It’s only a little amount, and they’re guaranteed to get their money back, plus interest. What’s the deal? The answer may shock you in its simplicity. They don’t have any interest in making small amounts of money.

When an investor gives you their money, they are concerned about a few things. One, your idea. Two, how much money they will lose access to out of their wallet during the venture. Three, just how long will it take to make back the money? Four, how much can they earn per dollar on the venture?

These core questions will prevent you from raising money nearly every time due to this lifestyle verses big business proposition. An investor seeks the highest yield possible, and small businesses are usually run by rookies, meaning folks who haven’t done this before, with lengthy timelines for return on investment (ROI). What they seek are big ideas, with big margins, unlimited customer base, and low risk to market. They don’t like complicated ideas, unproven markets (never before offered concepts), and folks who are pushing into new levels of business management.

For this reason, we want you to ask yourself, what kind of business are you? Are you a lifestyle business? Or are you a big business? It’s okay to be either, but understand that raising money in the former category is going to be tough, rely on angel investors or family and friends, and you’ll have to answer more questions than someone engaging in a large venture, which usually comes with a personal background with experience.

Considerations For a Lifestyle Business

As mentioned previously, it’s okay to have a lifestyle business. Most of the world has survived on lifestyle businesses. The local shoe repairman, the farmer down the road, the wedding photographer, etc. Life is more enjoyable at these levels quite frankly. You will maintain a far more intimate relationship with your friends and family running a small business. There are some differences from big businesses, so be aware.

One of the toughest aspects of a lifestyle business is passing it down. If your children have no interest in your pastime, it will most likely end after your passing. Some families have no problem training the next generation in taking over the family owned business. I have family who have done extremely well doing just this. I’ve also seen business owners that refuse to allow their children into their business due to cynical perspectives of their market. Sometimes I agree with this, but most of the time I find this lame. A child can infuse new and exciting energy into an old ideas. Preventing your children from the chance to explore the options is ridiculous. With colleges raping children with huge tuition fees and very little to look forward after senseless degrees, a family business is sometimes the best option until a child can figure out where they want to be in life.

The other drawback that we’ve discussed at length in previous lessons is the burden of owning it all. When the buck stops with you, that means you’re life is never yours. You are owned by your business, and if you’re like me, you’ll love it 98% of the time. Big businesses can allow you to take a backseat as new employees can replace virtually all of the functions you previously held such as Microsoft’s Bill Gate’s not writing code for Windows 95 and above.

If you think you’re headed in this direction, you’re probably not inclined to have read this far into this post and or site. However, if you’re new and have that idea, then please allow me to impart what I’ve learned from afar. Note, I haven’t built a fortune 500+ corporation in my lifetime, but I have consulted with many who have.

The big business model is almost entirely different in every way from a lifestyle business, and you might assume that I’m talking about burden, task count, dedication, and I think that’s only partially correct. I’m willing to wage that either business will consume and equal amount of your time. The major difference is in the ownership of the eventual company. It is very rare that a business founder in a big business venture ends up owning the majority shares. When you ask for big money, they ensure you will be giving them the controlling portion should you succeed. You need to brace yourself for this eventuality.

A great example of how this sort of thing pans out is in Apple Computer. Steve Jobs and Steve Wozniak created a computer. A computer that everyone wanted, but they had a problem. They needed to manufacture millions of them. The cost and logistics of meeting this requirement was so vast that two kids in their twenties could not handle the basics. They had to raise money from investment firms, hire adults that were older and more clever than they were, and entrust the company in other people’s hands.

In the end, both geniuses became extremely wealthy. Steve Jobs maintained control for more years than most, but eventually had to concede to a board of directors, a CEO that wasn’t him, and we all know what happen. After creating two amazing computers, being the Apple II and the Macintosh, the company was saddled with the bomb Apple III and the Lisa that drove down revenue and soured the environment of Apple from within. Steve Jobs elected to quit in 1985, and started his own company from scratch, where he soon learned what he didn’t know how to do.

I think we can all agree that few of us reading this article are more brilliant than Steve Jobs, and he had his company taken away in a very short period of time. He was extremely fortunate to get a second chance, but everyone knew he was only influential in the path of Apple, and still had to impress through presentation and track record all future plans. You too will have this burden.

In conclusion, I have found that folks who are into lifestyle businesses are truly happy individuals who have families and personal lives. They keep their businesses until they die, and sometimes hand the baton over to a family where possible. Folks who seek the hardcore adventure of big business, seldom have families, and enjoy living on jets at 40,000 feet. They amass extreme wealth if they succeed, and die with nearly all of it in the bank. Consider this information with great care, and take pride in any decision you make. Best of luck.

ARE YOU AN ENTREPRENEUR?
HOW MUCH SHOULD YOU CHARGE? 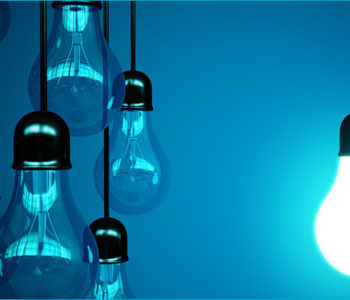 DETERMINING IF YOU HAVE A…

HOW MUCH SHOULD YOU CHARGE?

ARE YOU AN ENTREPRENEUR?